How to Be A Woman in Technology 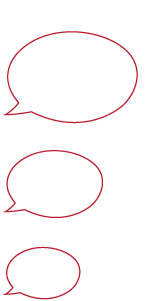 Technology has earned the reputation of being a male-dominated industry, but it doesn’t have to be that way. There are just as many women who are interested in working with numbers and graphs as there are men, but because most people think of technology as being a field for men, many women don’t even think of it as an option. For those who do consider it, working their way through classes full of male students and into large companies employing only a handful of women can be daunting.

That said, there are plenty of reasons for women to get into technology. If you’re afraid to get started (or don’t know where to get started) here are some tips to help you on your way.

Get to Know Other Women

The other women in your class/workplace may be few and far between, but they’re there and they’re ready and willing to support you. Seek out those other women because they will be your greatest supporters and they know what you’re going through better than anyone else. If you’re in school (or thinking about going to school), form a study group of other women. You’ll get more out of it than any classroom could ever teach you.

If you’re in school, find another woman a level or two higher than you who can show you the ropes. If you’ve already started working, find another woman who’s been at the company for a while and is willing to take you under her wing. Not only can she show you around the company and introduce you to your coworkers, she’ll also be able to give you tips and tricks for being a woman navigating a male-dominated industry

The flip side of this works just as well. Once you’ve gained some seniority and your company starts to hire new women, offer to be a mentor to them. You’ll get as much out of it as they will.

Organizations like Women in Technology are designed to help get more women working in the field of technology. They offer networking events, education, and they partner with technology companies that are making a concerted effort to hire more women. In addition to offering actionable tips and tricks to help you be successful in your chosen profession, organizations like this can also be a great place to meet women with whom you can partner and who will be your strongest advocates.

Once you’ve finished your education, it’s important to continue your re-education, especially in a field like technology that changes faster than any other. Attend as many conferences and educational programs as you can. If they’re out of your price range, ask your employer if they have a budget for these kinds of things. It never hurts to ask, and if they don’t have one, you may be the catalyst that gets them thinking it would be a good idea to add something like that.